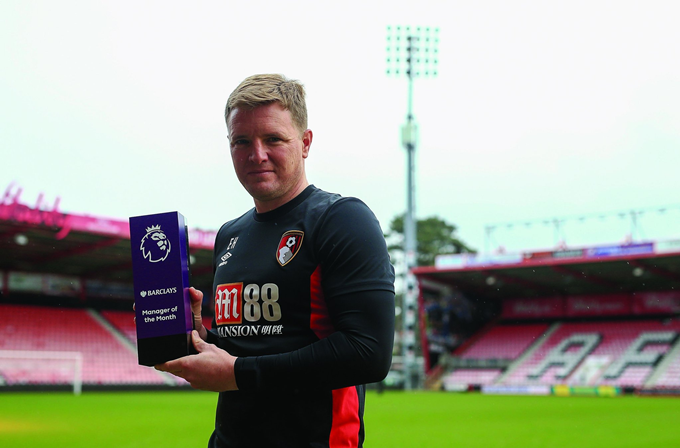 Congratulations are most definitely due to Bright, Young Eddie Howe™, who has ended Pep Guardiola’s record-breaking streak by being named Premier League Manager of the Month for January.

Guardiola won the award an unprecedented four times on the bounce up to December, but Howe has now put a stop to all that after his Bournemouth side went unbeaten over the course of last month, including magnificent victories over both Chelsea and Arsenal.

Speaking to the club’s official website, Howe was typically magnanimous in accepting the plaudits:

It’s been a good month and I’d like to dedicate the award to everyone associated with the football club. The highlight was without doubt the Chelsea game, but I don’t think we should forget about the result against Arsenal.

It’s not just about the results, but the performances and the manner in which we played.

All well and good, but it’s a bit about the results as well though, isn’t it Eddie?

Indeed, their recent fine fettle has seen the Cherries lock down a place just inside the top half of the table.