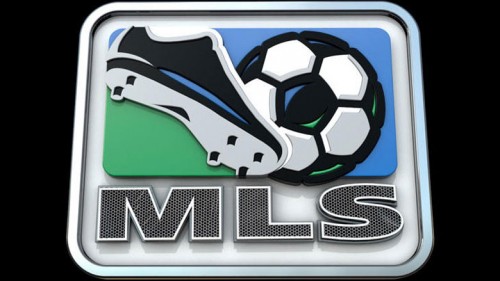 Having spent the last 20 years labouring under the same branding, the MLS has regenerated today, with the entire organisation getting a head-to-toe makeover as it moves into its next phase – a phase which they are rather handily referring to as their “NEXT” phase.

Of course, with a new re-brand comes a new logo and replacing the now-synonymous retro blue and green “cleat/ball” logo of yesterday comes a cool, crisp, exclusive, aspirational and dynamic symbol of MLS’s brave new dawn.

Without further ado, here is the aforementioned new NEXT logo – prepare to be slightly underwhelmed…

And what about the other half lads? When are you going to come back and finish that?

However, if you think the utterly generic new logo itself is bad then just wait until you hear the official blurb that accompanies it to help explain the intricacies of its revolutionary design.

This from the official MLS site:

SLASH: The slash refers to soccer’s speed and energy. The slash begins outside the perimeter and drives upward at a 45-degree angle to illustrate both the non-stop nature of our game and the rising trajectory of our league. It bisects the crest to create a “first half” and “second half.”

STARS: The three stars represent the pillars of our brand: For Club, For Country, For Community.

PERIMETER: The perimeter represents the lines that mark off the field of play.

FIRST HALF AND SECOND HALF: The first half contains MLS and the three stars. The second half is an open white space that brings you in and out of the MLS world.