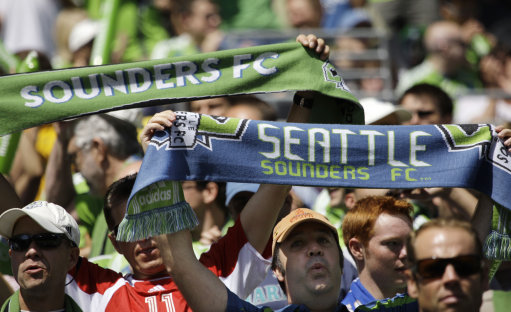 In a heartening new development from across the pond, it has emerged that the fast-growing MLS has now taken the game to new heights in the US. New reports now put soccer as the third-best attended sport in America, ahead of stalwarts such as the NBA and NHL.

One particular success story has been the growth of the Seattle Sounders, who managed an average attendence of over 38,000 at their home games in the 2011 season. The north-west’s more Euro-centric outlook has played a part in this huge success story while overall, a focus on steady growth rather than a reliance on flashy big names has also been key.

Players such as Brad Davis of Houston Dynamo and Real Salt Lake’s Kyle Beckerman have more than held their own alongside imports like David Beckham and Thierry Henry as the game in the States looks to develop homegrown talent.

Ignore all the usual clichéd anti-American nonsense, the success of MLS is now showing that there is a (very) sizeable and knowledgeable football fanbase in the USA. It’s all good.