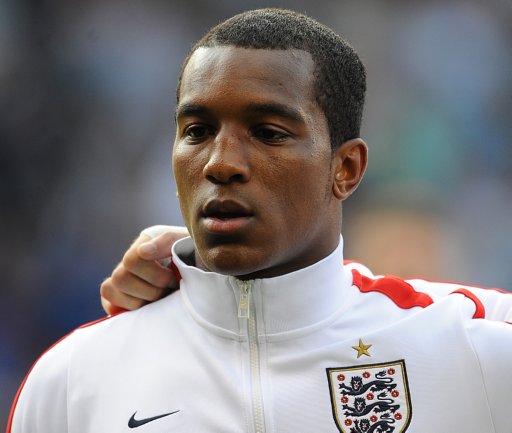 Andre Wisdom well and truly lived up to his name over the weekend when the Derby County loanee was forced to abandon his Porsche Panamera Turbo (at this point we’re duty bound to inform you the price of said vehicle is somewhere around the £100,000 mark) on his way to Pride Park after his sat-nav told him to drive up a muddy track through dense woodland, nearly six miles from the Rams’ stadium.

According to the Daily Mirror’s insider source, Wisdom had left his hotel on the morning of Derby’s game against Sheffield Wednesday and veered off course on his way to Pride Park to stop at a shop to buy a drink. Being “unfamiliar with the area”, the man on loan from Liverpool then entered the stadium’s post code into his sat-nav and set off.

However, for reasons unbeknownst, Wisdom’s sat-nav instructed him to take a shortcut down a boggy woodland track over three miles from the nearest tarmacked road and the rest, as they say, is faintly ridiculous history.

Indeed, quite why Wisdom was unable to stop before he ploughed his car into a three-foot deep mud bath is beyond us, but the England U21 captain was forced to abandon ship, phone the club to tell them what had happened and get himself picked up.

The swamped Porsche was then later duscovered by a mountain biker, Pete Irons, 41, who told the Mirror:

“I didn’t really think much of it when I first saw it. I thought whoever it was was unlucky to have done that – but I also thought it would be gone by the afternoon.

“But when I came back through the woods a little later with friends it was still there and I went right up to it to have a look to see what had happened.

“I realised it was a really posh Porsche so we were all joking about the poor guy who had managed to get it stuck and how much money it was going to cost them.

“To get to that point he would have to come through an equally muddy section – I have no idea what he was thinking. I just can’t believe he could have got that far to begin with, then to submerge it in that puddle!

“We are miles from any main road and the track doesn’t go anywhere, it’s just mind boggling how he ended up there.”

The police were then notified and Wisdom’s car was successfully removed from the quagmire by a bloke in a big Jeep, which looks like it may have been some job – especially if the photos of the aftermath (via the Mirror) are anything to go by…