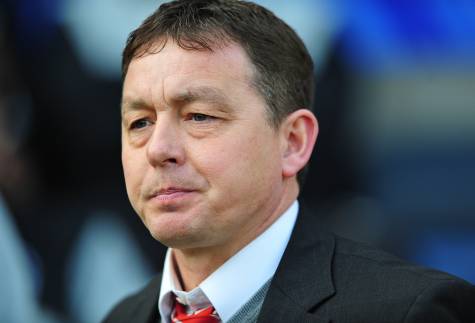 According to reports in The Times, Celtic are preparing an offer to bring Nottingham Forest manager Billy Davies back north of the border and install him as manager in time for next season, with current caretaker boss Neil Lennon dropping back down to assistant manager.

The 45-year-old former Rangers man has a chance to guide Nottingham Forest back to the Premier League for the first time since 1999 if he manages to steer them through the Championship play-offs successfully next month, but the wee Scotsman is known to be becoming increasingly frustrated with the City Ground board’s convoluted method of player acquisition and his advisor – Jim Price – has not ruled out a summer exit for Davies;

“I think the idea that Billy is an out-and-out Rangers man is a bit of a myth, I certainly don’t see why Billy couldn’t be a successful manager at Celtic or Rangers or wherever.”

This is potentially bad news for Forest fans. Davies has his detractors but you can’t ignore the fact that he has somehow got a squad of mainly average players competing for a highly-impressive league position, not to mention a possible promotion.

If we – yep, for all my sins I’m a Trees fan – do manage to get promoted then I think Davies will stay on, as managing in the top-flight will be enough to suitably massage his ego – after all ‘The Billy Davies Show’ (the man refers to himself in the third-person for christ’s sake) will be back in the big time.

But should Forest flounder in the play-offs like we’ve done so many times in the recent past, then I can seriously see our incumbent walking out to keep ‘the show’ on the road at a big club like Celtic.

But we Forest fans shouldn’t worry too much about losing our current manager – after all, Gary Megson is still available.