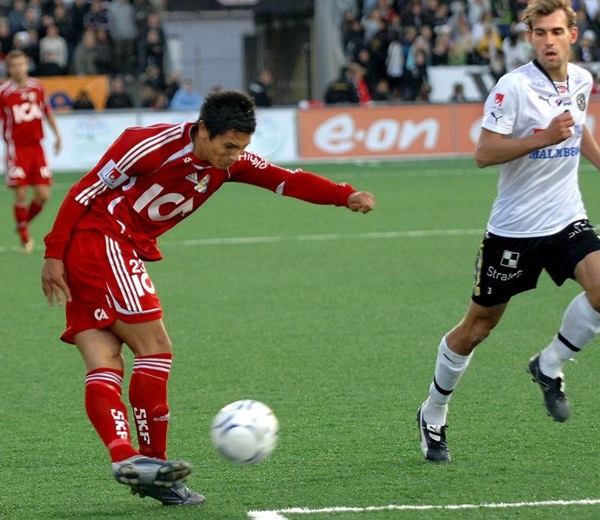 Currently plugging away in the Swiss second division with FC Wil, Peruvian-born winger Andres Vasquez began his professional career in his transplanted home of Sweden with an almighty bang.

The former Sweden U21 midfielder scored his first ever senior goal in May of 2007 aged just 19, nabbing the fourth and final goal in IFK Goteborg’s comprehensive 4-0 evisceration of Orebro.

Undoubtedly one of the finest goals in Allsvenskan history, the rabona was one of only two goals Vasquez managed for Goteborg during his two-and-a-half seasons at the Blue-Whites.

As if mirroring the goal itself , the youngster was brimming with impunity when asked about his outrageous technique after the game – though we can forgive him for his momentary lapse of modesty, considering.

“Personally, I think it is one of the best-looking goals ever made,” Vasquez told the press.

“Several times I have seen Diego Maradona put in rabona crosses but never any that found the back of the net.”

“The shot seems difficult to do, but if you’re in good shape and your muscles are well stretched, it’s not difficult at all”