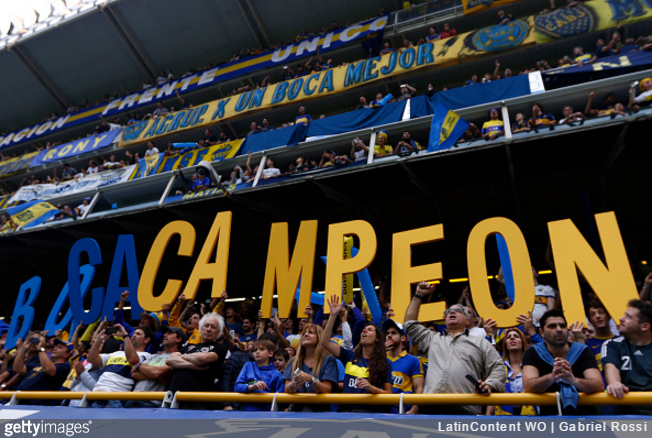 Boca Juniors formally wrapped up their 32nd Argentinian championship on Sunday evening with a 2-1 win over Sante Fe in their final game of the campaign.

As you might imagine, La Bombonera erupted at the final whistle as fans celebrated the title amid a cacophony of flares, streamers and flashing lights.

The club also took the opportunity to rub their rivals collective faces in their success by unveiling an enormous new clock inside the stadium.

The ticking timer will be used to display the time passed since Boca were last relegated – i.e, never in their 112 years of existence… 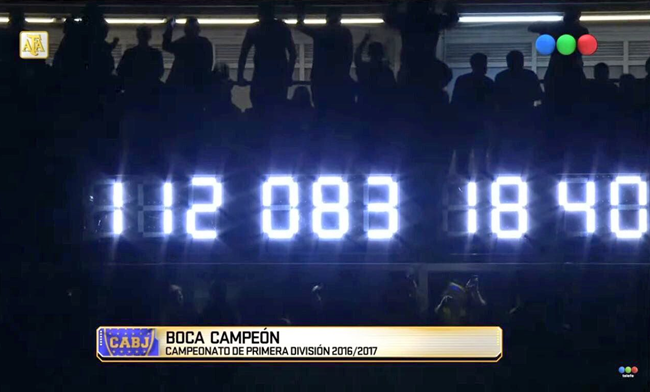 The idea was pinched wholesale off Hamburg, who have a similar clock in place at the Volksparkstadion to illustrate the fact that the club has never dropped out of the German top tier – although they’ve come perilously close in recent years.