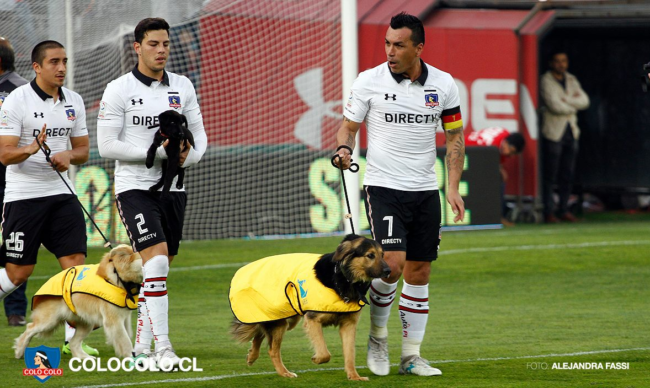 As part of a new partnership with a local animal shelter, Chilean side Colo-Colo were accompanied out of the tunnel by a selection of dogs for Sunday evening’s Primera Division opener against with Antofagasta.

The club have linked up with Union de Amigos de los Animales (UAA) to help promote their cause, and as such had their players parade a selection of canines around the pitch – all of which are available to adopt at the local UAA hospice.

The match proved to be a veritable damp squib with both sides drawing goalless blanks in their maiden outing of the season.

More importantly though, everyone involved on the night was a good boy. A very good boy. Who’s a good boy? That’s right. You are.

More mercilessly adorable photos are available to flick through here-under, should you wish.