Austin flicked his defiant ‘V’ at the City fans as he was being substituted in the 68th minute. The travelling support were heckling him over a stout challenge that left Fernandinho in a crumpled heap a little earlier in the match. 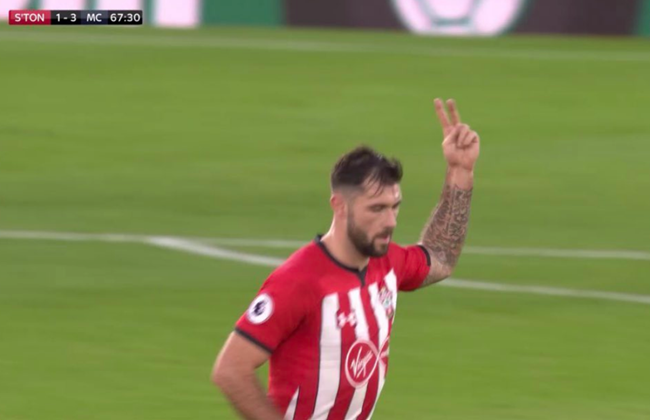 As per the FA’s statement, Austin has since been charged with making an “abusive and/or insulting’ gesture toward the opposition supporters at St Mary’s.

The 29-year-old has until 7th January to respond and if he’s got anything about him, he’ should go ahead and fax a full-colour version of the image above directly through to the FA disciplinary department.