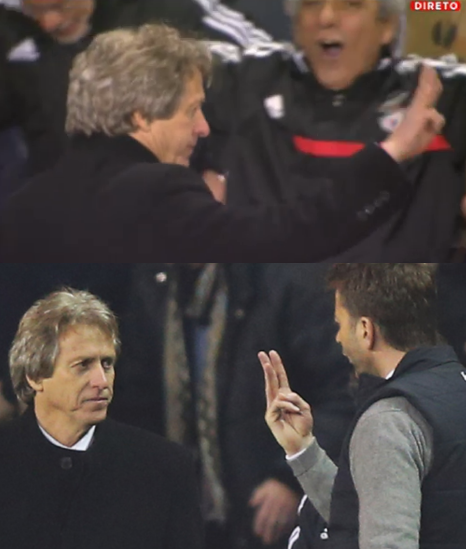 Jesus appeared to hold up three fingers at Sherwood after his went 3-1 up through centre-back Luisao’s second goal of the game, with Sherwood then accusing the Sandi Toksvig-a-like Benfica coach of being a bloody rotten cad and a scurrilous bounder after the game.

“I thought his team were very good, got a lot of class,” Sherwood mithered. “It’s a pity he doesn’t.”

For the record, there was no post-match handshake between the two, and, also for the record, Jesus’ finger gesture was by far not the weirdest thing he did all evening – far from it.

Indeed, that prize should be awarded for his “gnome dance” celebration after Benfica’s first goal…