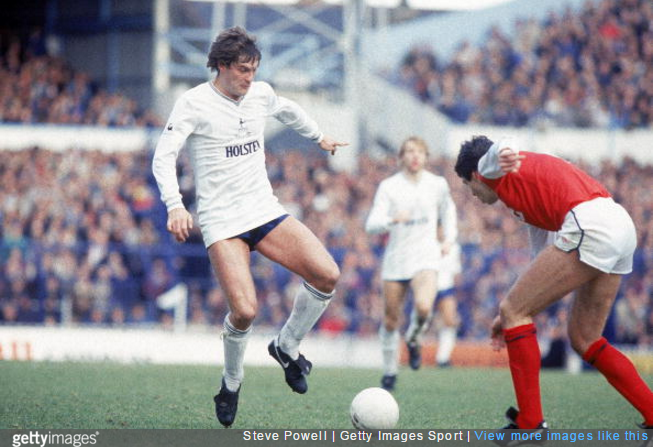 A good old-fashioned local derby over the Christmas period used to be an eagerly anticipated tradition, and the New Year’s Day cracker at Highbury on the very first morning of 1985 is fondly remembered by Tottenham fans of a certain vintage – and for good reason.

Garth Crooks and Mark Falco (carrying on his fine penchant for netting in North London derbies) scored for Spurs in a 2-1 victory on Arsenal’s patch as the visitors grabbed the spoils to go top of the league.

The match kicked off at 11.30am, and the terraces featured more than a few hung-over casualties of the previous night’s celebrations, Indeed many of them, as was also tradition at the time, were still in party fancy dress.

After Crooks’ equaliser went in, Tottenham’s Graham Roberts forever endeared himself to the Arsenal faithful by passing on his “season’s greetings” to the fans sat in Highbury’s posh West Stand by giving them a quick flick of the ‘The V’…

A year later, Roberts did his Spurs legend credentials a further favour by propelling Arsenal’s great hope ‘Champagne’ Charlie Nicholas into the opposite East Stand with a crunching tackle that became the subject of a popular terrace ditty. 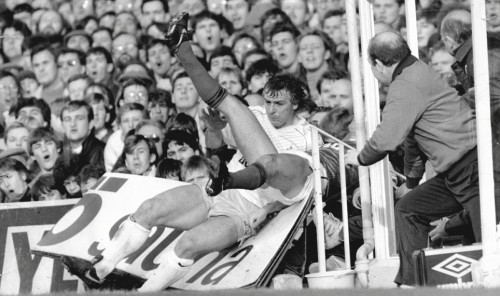