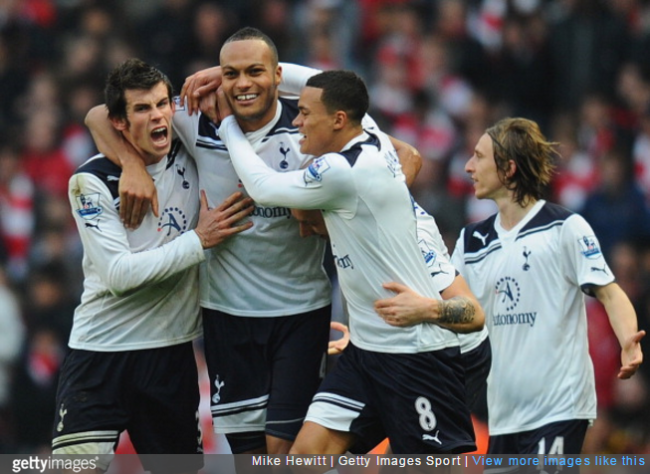 When Tottenham visited the Emirates on 20th November 2010, they had not won a game at Arsenal’s home ground for 17 long years. By half-time, the dismal sequence looked set to be extended, with the Gunners 2-0 up and cruising.

Five minutes after the restart, however, Rafael van der Vaart clicked into gear as Spurs finally began to show some signs of life.

The Dutch artiste controlled a ball deftly on his chest and flicked it into the path of Gareth Bale, who used the outside of his left boot to bring the ball under control before slotting home to pull a goal back for Spurs.

Cesc Fabregas then handled the ball in the area, and Van der Vaart converted the resulting penalty to bring Spurs level with 20 minutes left to play – “setting up a grandstand finish” as it’s known in the trade.

The two sides continued to slug it out until, with just five minutes to go, Younes Kaboul rose imperiously to head home the winner and send the visiting section into delirium…

The relief was palpable.

After all, 17 years is a hell of a long time to be kept waiting!