I’ve written about Jose Mourinho’s Instagram before. At first he didn’t seem to understand the platform. His account was weird, maybe because it didn’t feel like he was running it (maybe he wasn’t). He’s definitely running things now. Two of his most recent posts are already iconic.

My favourite photo of the year so far: 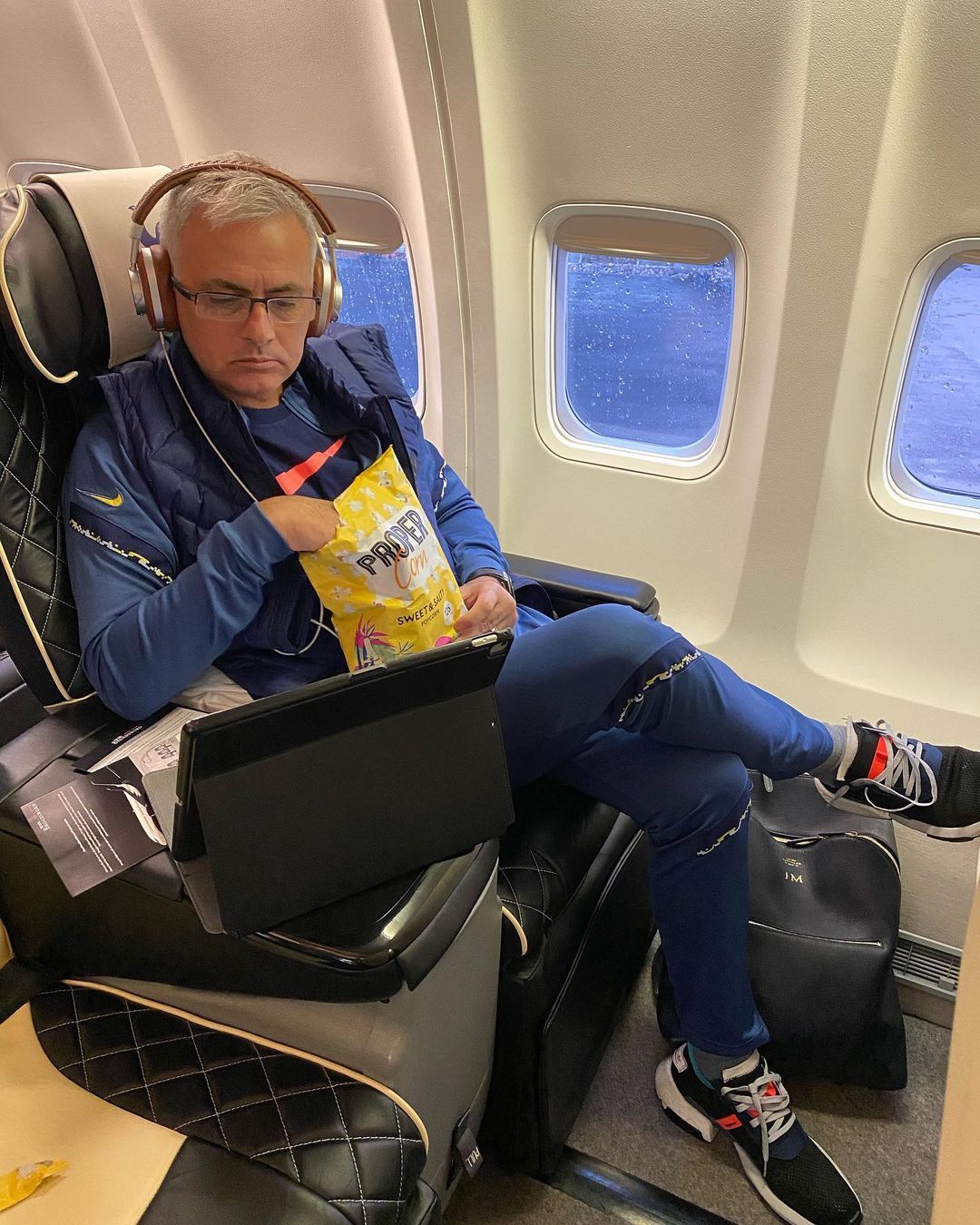 Nothing beats this: the expression, the pose, the monogrammed leather backpack, the big bag of Proper Corn… it’s just perfect. I like to think he’s watching footage of his greatest press conferences. Or a Netflix romcom.

And my second-favourite photo of the year: Angry Jose. Bane Jose. But still with his trusty backpack, this time in passive-aggressive “don’t sit next to me, I’m displeased” mode.

After tonight’s 3-3 draw against LASK in Linz, Austria, Jose posted another beauty, with the wonderful caption “Training tomorrow but at 12:00”: The manager who came in from the cold. Backpack present? Of course. Damn, he loves that backpack. It would be great if he has a name for it. Wilson, maybe.

The caption proves he has some say in what gets posted, even if he’s not taking the photos. But it’s an Instagram about him, rather than his Instagram. I like how he’s not looking at the camera in any of them. It feels more genuine that way, a series of glimpses into Mourinho’s world.