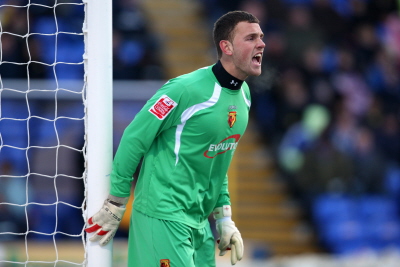 You may have noticed that Tottenham Hotspur have become a tad desperate to recruit cover for Heurelho Gomes of late. Many names have been touted throughout January but it seems that Spurs are finally going to make their move today.

Redknapp has also appeared on television this morning proclaiming that he is a ‘massive fan’ of Portsmouth’s David James and we know what that usually means – expect to see official photos of ‘Jamo’ holding a Tottenham keeper jersey aloft at White Hart Lane by tonight.

If James leaves for London and Asmir Begovic completes his £3 million move to Stoke, then Pompey could be left with only their third (37 year old Antti Niemi) and fourth (‘average personified’ Jamie Ashdown) choice keepers available for selection come the weekend.