12 years after playing his last game for Brighton & Hove Albion, veteran striker Bobby Zamora is back on the Sussex coast, after penning a new one-year deal with the Seagulls. 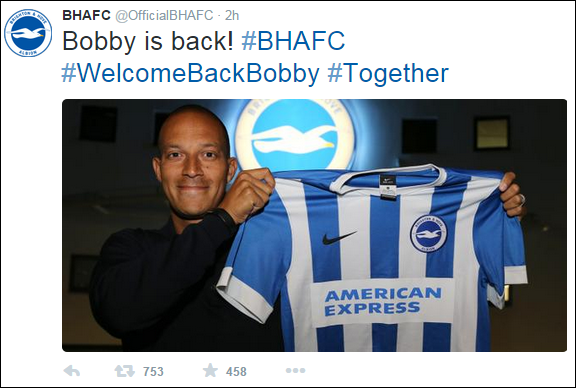 The 34-year-old lined out for Brighton between 2000 and 2003, banging in a superb 83 goals in just 136 games and cultivating legendary status with the local fans in the process.

And after being released by QPR this summer, the former Tottenham hitman has headed to the Amex, where he’ll link up with former Spurs coach Chris Hughton. The Seagull’s boss said:

We are absolutely delighted to have brought Bobby back to Brighton. He needs absolutely no introduction here. The Albion fans know everything about him, from his achievements in a Brighton shirt and right through his time with Spurs, West Ham, Fulham and QPR. 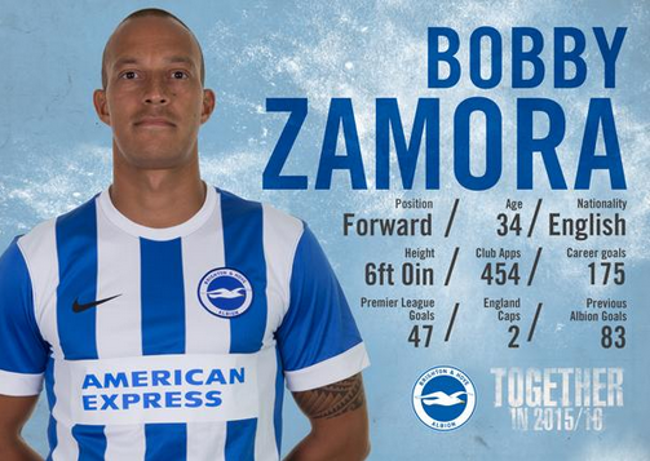 Brighton struggled in front of goal last season but the arrival of Zamora, who still has plenty to offer, could well be the man to kickstart the club’s push for a play-off place come next May (automatic promotion might be pushing it).