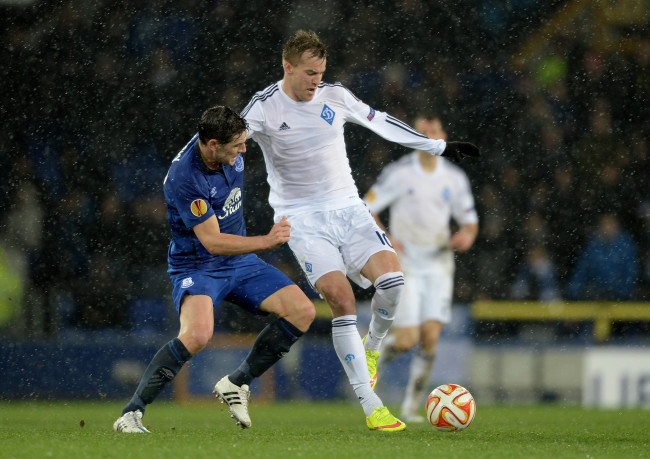 Everton defender John Stones, 21, will put in a transfer request in an attempt to force through a move to Chelsea, says the Sun. The paper says Stones sees playing for Chelsea as a “dream move”.

The Sun intoduces us to unnamed source and allows to know what Stones is thinking: “Sources close to the England defender insist he would love to join Jose Mourinho’s all-star cast and has grown increasingly frustrated at Everton’s insistence he is not for sale. Now the 21-year-old is seriously considering going public in an attempt to force the issue.”

The Sun then reasons: “If Stones does slap in a request, he would be breaking a modern-day tradition amongst players. It is rare for anyone to go as far as publicly admitting they want to go and risking a backlash off their own fans if it backfires.”

Better instead to get “sources” to do the talking in public.

Everton are prepared to trigger Andriy Yarmolenko’s £14million release clause. Reps from Everton have flow out to meet with Dynamo Kiev, where Yarmolenko, 25, is in the final year of his contract. They didn’t jet off to the Ukraine, preferring to talk turkey in Monaco, say the Times.

This one looks likely. Yarmolenko is represented by Mino Raiola, the agent of Romelu Lukaku.

Best /worst of the rest

Liverpool have offered France defender Mamadou Sakho a new five-year contract. Roma and Bayer Leverkusen, both want to take the player on loan. His curent Liverpool deal has two years left to run.  Sakho, 25, has lost his place in the team to Dejan Lovren.

Wolverhampton Wanderers have told Norwich they can forget about signing striker Benik Afobé, notes the Times