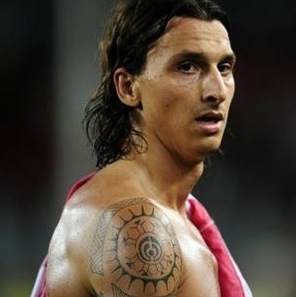 Striker Zlatan Ibrahimovic took a parting shot at Barcelona head coach Pep Guardiola after agreeing a move to AC Milan. Unlike most of his shots for Barca, this one hit the target…

“Guardiola is the philosopher who has shattered my dream to play with Barcelona,” Ibrahimovic said.

“When I enter a room Guardiola leaves – I don’t know if he’s scared of me or what. Speak to him, he’s the one who has the problem. I don’t know what it is.

“Right now I’m very happy because I’m going to Milan. In football everything can change in 24 hours. It’s the end Guardiola wanted.”

The Swedish forward will join Milan on a year’s loan initially, with the option of a €24 million transfer thereafter. That’s the plan, but it’s dependent on Zlatan’s huge ego of course.

Zlatan flopped at Barcelona (there was no place for him on the pitch, nor in the dressing room – so the player is right to say that Guardiola couldn’t figure out a way to get the best of him), but he thrived at Inter not so long ago and undoubtedly has the ability to shine for Milan’s other team.