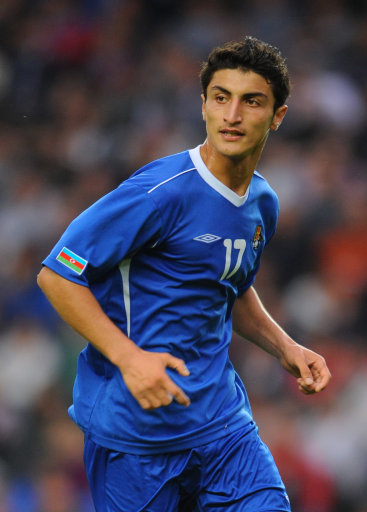 Everton have agreed a deal with Azerbaijani side Neftchi Baku to sign their 18-year-old ‘wonderkid’ Araz Abdullayev once the transfer window re-opens in January.

The promising midfielder will move to Goodison on an initial three-year contract (with the option for two more seasons) subject to gaining a work permit.

Neftchi Baku vice-president Tahir Suleymanov confirmed that Everton will only pay a nominal fee for Abdullayev, as the sell-on clauses in his contract will ensure that the club will be generously recompensed should their prodigy catch the eye in England;

“We did not plan to earn from Araz because our concerns are about the development of Azerbaijani football. But if he moves from Everton to another club, Neftchi will receive some of the fee.”

Here’s a little footage of Abdullayev scoring a belter (somewhere around the 0.37 mark) for the Azerbaijan U21s against Scotland earlier this year. Nay bad lad, nay bad…

…looks like the Toffees may have a potential bargain on their hands with this one.