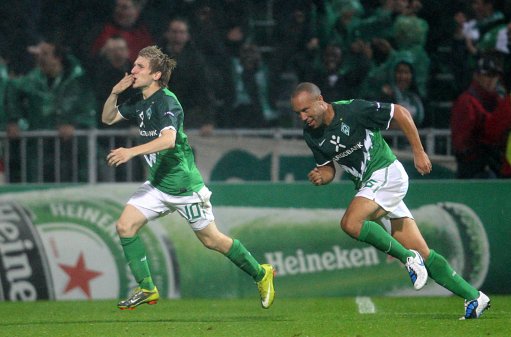 Reports emanating from Germany this morning are suggesting that Arsenal have moved into ‘pole position’ in the race to sign Werder Bremen’s semi-dwarven winger Marko Marin – although I’m not altogether sure what ‘moving into pole position’ actually constitutes.

Marin cost Bremen £7 million when he joined them from Borussia Monchengladbach in June of last year, but his form since has seen his value spiral to somewhere between £15-20 million.

Chelsea, Manchester United, Tottenham and Bayern Munich have all been linked with the 21-year-old Germany international over the past few months, although it seems that Arsene Wenger is now favourite to snap him up, given that Arsenal are really struggling for 5 foot nothing attacking midfielders at the moment.

For your viewing pleasure, here’s what the ‘German Messi’ got up to last season…