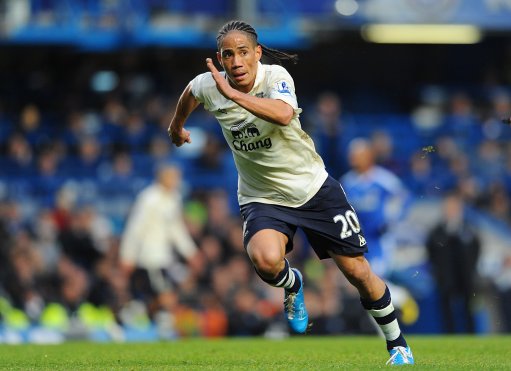 The agent of Everton midfielder Steven Pienaar has been as scantily non-committal as is humanly possibly in his attempts to suggest that his client is not considering moving on when his deal at Goodison expires in the summer.

Speaking to the Liverpool Daily Post, Ivan Modia insisted that Pienaar is fully focused on the Toffees’ cause, despite him having refused to enter contract re-negotiations on several occasions and being strongly linked with a move to Tottenham every single day for the past 18 months:

“The player has not made his mind up. He just wants to concentrate on his football, I cannot make that any more clear.

“Nothing has been decided and Steven is committed and dedicated to the Everton cause, and I think that is evident.”

Any Toffees fans out there want to tell us if Pienaar’s dedication is ‘evident’ or otherwise so far this season?