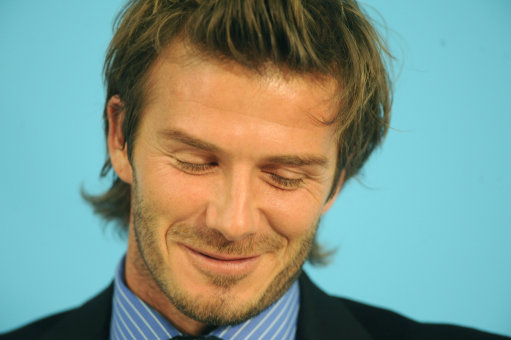 Leicester City manager Sven Goran Eriksson has revealed that, under pressure from his immediate superiors to pull off a ‘marquee signing’, he failed (albeit at the first hurdle) in a bid to bring David Beckham to the Crisp Bowl during the recent loan window.

“The owners want a big signing. If you talk about Beckham, of course I would take Beckham but I don’t think he will go anywhere. I spoke to his agent to see if there was a small chance, but he said it was not possible.”

The Swede also confirmed that he was knocked back by Tottenham outcast Robbie Keane and Man City knacker Roque Santa Cruz over the same period, with both players unwilling to make the step down to the Championship:

“It is interesting the players that have been mentioned (Keane and Santa Cruz), I made phone calls to more or less all of them.

“Most of them, they don’t really want to come to our league. If we get to the Premier League it will be much easier to get these players.”

What on Earth could have put Becks off leaving his multi-million dollar luxury mansion in sun-parched Beverly Hills for a four-month stint in the dog-turd strewn recesses of the freezing cold East Midlands?