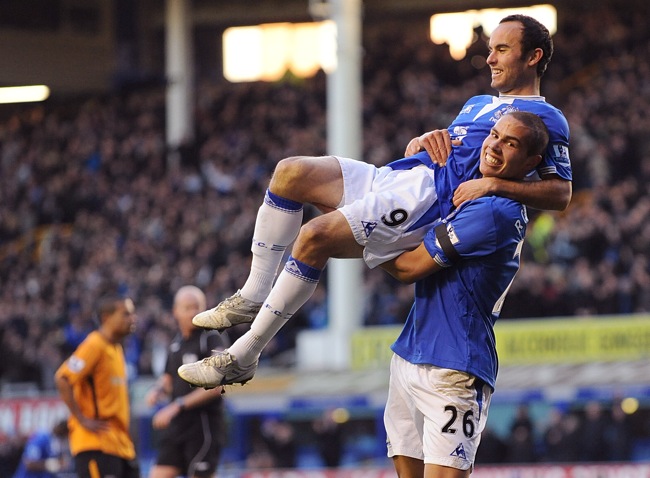 “Look what I picked up in the sales”

Despite ‘hinting’ to the contrary a few weeks ago, LA Galaxy forward Landon Donovan has now moved to put the kibosh on rumours of him re-joining Everton on loan in January as, to put it bluntly, he’s friggin’ knackered.

“While I enjoyed my time at Everton last season and still appreciate all the support their fans have given me, I feel that it is important to continue to rest and recover this off-season as opposed to going on loan.

“I never considered being loaned to a club other than Everton, but I have been playing nearly non-stop for the past two years and I believe that this decision will allow me to perform at my best for the Galaxy and the national team throughout the upcoming year.”

So there you go, now get out of here.