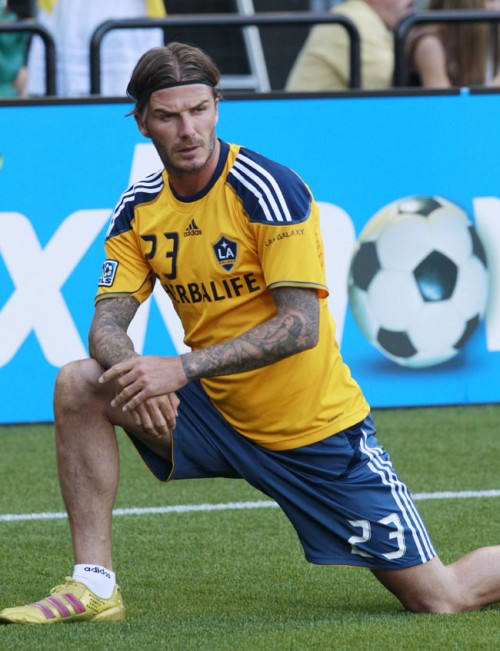 The transfer window may well have closed, but nouveau riche Premier League new-boys QPR are still pondering their next big-money buys. Topping the list is LA Galaxy assist-machine David “Becks” Beckham, a player who is nearing the end of his five year contract with the Californian club.

Rangers’ chairman Tony Fernandes said: “Let’s see. It’s early days. It is something that I think that would be good for the club. But we’re a long, long way from anything.”

It will come as no surprise that another club being linked with a move for the global icon are Spurs. Harry “I’m not a wheeler-dealer” Redknapp likes to splash the cash, and may well be rolling down his car window to give Sky Sports News the lowdown on a potential Tottenham move for Beckham come January.

But would Beckham be a clever buy for any half-decent Premier League club? A big shirt-seller yes, but after the glamour and glitz of Milan and LA, how would he cope on a rainy Tuesday night in Stoke?