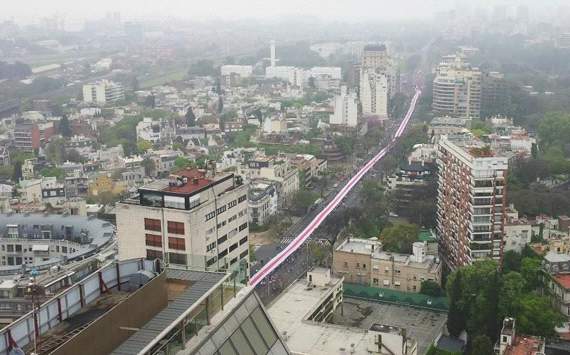 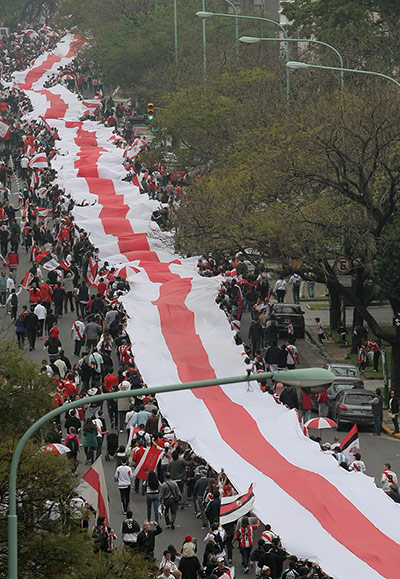 What you’re looking at here is the banner unfurled and paraded through the streets of Buenos Aires by River Plate fans on Monday in the hope of breaking the Guinness World Record for the most long-arsed banner ever unfurled or something similar.

Measuring in at a stately 7,829.74 metres (here’s hoping you’ll forgive the 170.26 metres-worth of poetic license used in the headline), the huge flag was unrolled at the site of River Plate’s original ground at Figueroa Alcorta Avenue and carried by nearly 15,000-50,000 fans (depending who you ask) through the streets of the Argentine capital to the club’s current stadium, Estadio Monumental, in attempt to snatch the record from River’s local rivals Rosario Central, whose past effort measured a piffling 4,350 metres.