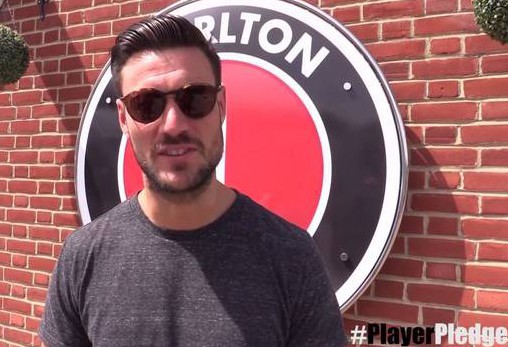 Charlton Athletic have come up with a novel way to give their season ticket sales a bit of a boost.

With the launch of the #PlayerPledge campaign, the Addicks are planning to reward fans by press-ganging members of their squad into performing dares and forfeits for every 100 season tickets sold.

Leading the charge is club captain Johnnie Jackson, who has agreed to personally deliver the 100th ticket by hand.

Not only that, but Jackson will also be pootling along to deliver the ticket in Del Boy’s rickety old three-wheeled Robin Reliant van…

Once Jackson has held up his end of the bargain and completed his challenge, the skipper will be charged with nominating one of his teammates to answer the #PlayerPledge call for the next 100th ticket sold and so on and so forth.