The second-half of this summer’s English invasion of US football, Frank Lampard, made his MLS debut for New York City FC on Saturday. 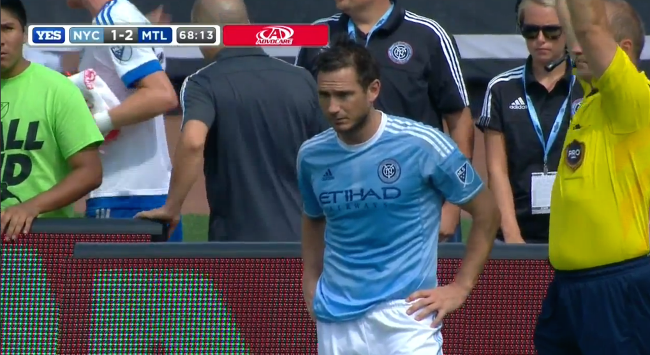 Lampard’s appearance meant that New York City could boast Andrea Pirlo, David Villa and the former England man himself all on the pitch at the same time. Not too shabby! Alas, even their combined talents couldn’t stop Montreal winning 3-2.