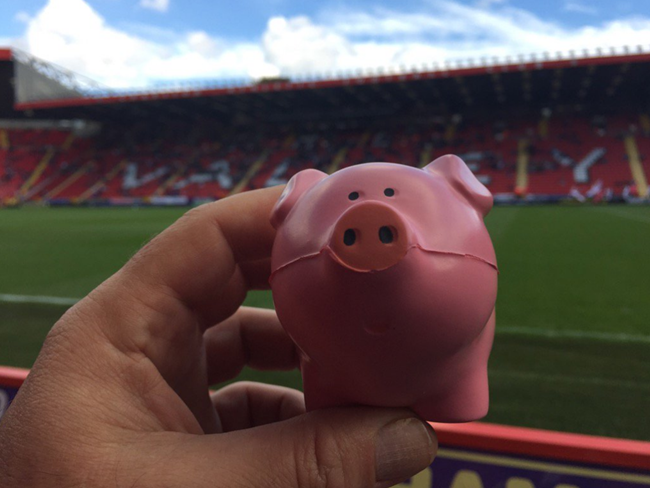 Just as they threatened to do in the week, Charlton Athletic and Coventry City fans banded together to interrupt the early knockings of the two sides’ League One match in protest over the current ownership of their respective clubs.

The protest entailed hundreds of ‘greedy’ little pigs being chucked onto the pitch, which caused the tie to be halted in the very first minute…

(Not real ones) #cafc #CAFCLive

That’s a relief. Actual livestock may have been a step too far.

Game delayed between Charlton and Coventry with Sky Blues fans throwing small pigs onto the pitch in protest at their club owner SISU. pic.twitter.com/Zt8ikcgiQ7

Next week: Live weasels to be released into the dugouts.