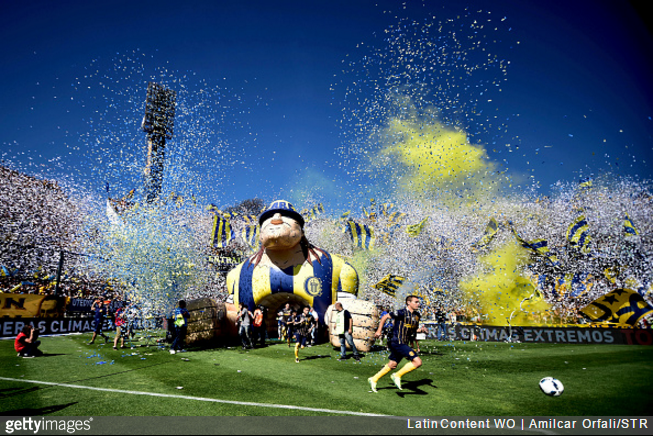 As is to be expected, the Rosario fans laid on one holy hell of an entrance for their team as they emerged from the (giant inflatable) tunnel, with utter pandemonium breaking loose as the players came barrelling out onto the pitch…

Unfortunately, the enormous fanfare failed to muster a victory for the home side as Newell’s went home with a 1-0 win under their belts – their fourth successive derby victory.