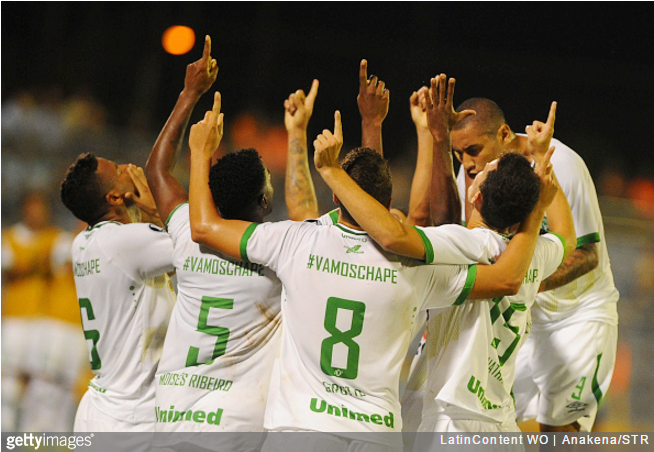 Just three months on from the tragic plane crash that claimed the lives of the majority of their squad and staff, Chapecoense roared to victory in their first ever Copa Libertadores fixture last night.

With two of the six crash survivors – defender Neto and winger Alan Ruschel – named in the match-day squad, Chape beat Venezuelan side Zulia to fling themselves to the top of Group 7.

Chape only won promotion to the Brazilian top tier in 2014, but defied the odds to reach the 2016 Copa Sudamericana final.

It was on the flight to face Colombian side Atletico Nacional in the first leg of that final that their plane went down on the approach into Medellin airport.

With the full blessing of Nacional, they were subsequently crowned honorary cup winners the following month.

On a tense night in Venezuela, Chape dug out a 2-1 win over Zulia as Neto and Ruschel watched on from the bench.

Of course, both goals and the final whistle were all met by a huge outpouring of emotion as the Brazilian club claimed a truly historic victory.