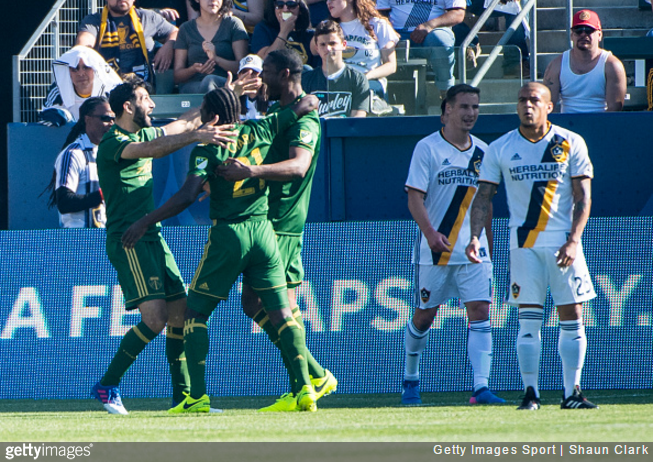 LA Galaxy took the unusual step of mocking an opposing player on social media after losing out to Portland Timbers at the weekend.

For better or worse, Diego Chara proved the difference for the Timbers, scoring the only goal of the game as well as dabbling in the dark arts to help reduce Galaxy to ten men early in the game.

Indeed, it was Chara’s pathetic dive that saw Belgian centre-half Jelle van Damme pick up his second bookable offence with just 34 minutes on the clock.

It took them a few days, but Galaxy responded by posting a suitably disparaging meme on their official Twitter account…

are we doing this right? ☄️ #shootingstars #memes pic.twitter.com/8wds3Wnop8

For the record, Timbers fired back…

@LAGalaxy if you can only put fans in 60% of your seats a cute meme is one way to get attention. We have video guys, too. Stay tuned…