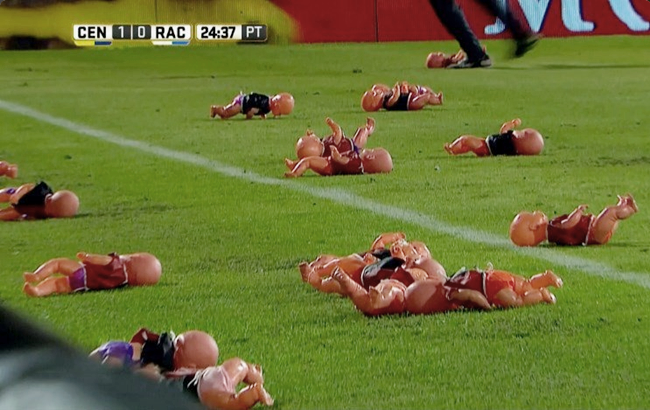 Monday night’s Argentinian Primera Division clash between Rosario Central and Racing Club had to be momentarily halted in the early stages after play was interrupted by a faintly unsettling baby shower.

With 24 minutes on the clock, Rosario fans hurled around 20-30 dolls out onto the pitch, forcing the stewards to embark on an impromptu clear-up operation…

While Rosario plugged on unfazed, the scenes appeared to deeply effect Racing, who subsequently found themselves on the wrong end of a 4-1 thrashing.