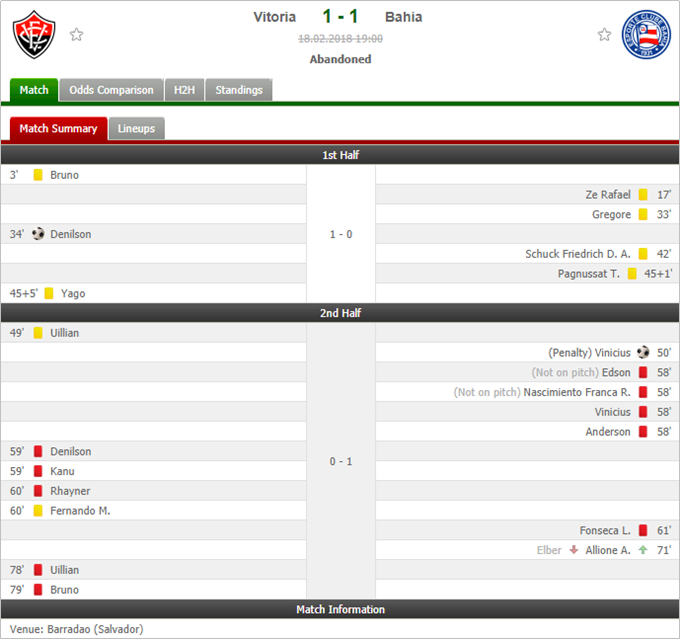 The Brazilian Campeonato Baiano clash between Vitoria and Bahia had to be abandoned after 10 (yes, ten!) players were sent off.

The explosion of dismissals began early in the second-half, after visitors Bahia equalised courtesy of a penalty from Vinicius, who proceeded to celebrate in front of the opposition fans.

Bahia goalkeeper Fernando Miguel was unimpressed and went for Vinicius, leading to an utter free-for-all which would ultimately see eight red cards dished out in the space of a few minutes, including one to a player who got involved in the scrap from the bench.

🇧🇷 It’s all kicking off in Brazil.

Two more red cards for Vitoria would follow later on, leaving them down to just six players and giving the officials no option but to end the game 11 minutes early.