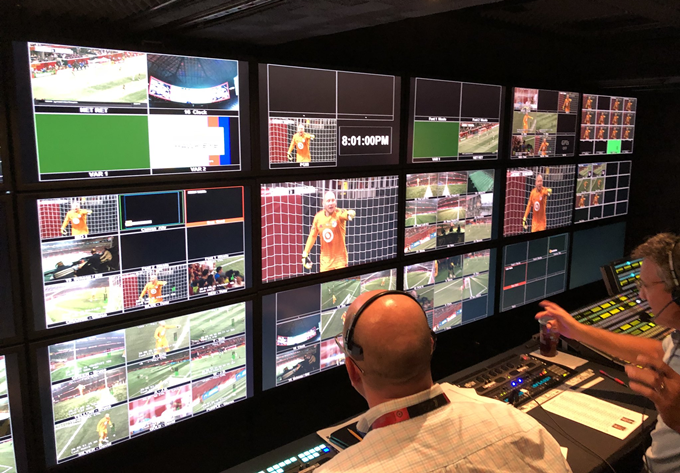 While the game was largely unremarkable, the surrounding circus of noise provided the real entertainment as, as per usual, the MLS attempted to lure in casual fans with paid-off celebrity attendees (Ric Flair was there) and broadcast ‘innovation’.

This entailed All-Star goalkeeper Brad Guzan being mic’d up so he could freely converse with the pundits in the studio LIVE DURING ACTUAL PASSAGES OF PLAY.

As mystifyingly, deliciously, daftly American as deep-fried butter cubes on sticks at the State fair. At least they trialled it in a game that doesn’t really matter, though we wouldn’t be overly surprised to see MLS have a crack at mic’ing up every single player on the pitch and all members of the coaching staff next season.

Live microphone feeds have been tried on an experimental basis before in English football and let’s just say the results were exactly as you’d expect.

As for the All-Star game, it finished 1-1 in normal time with Juve eventually triumphing 5-3 in the ensuing shootout to take the spoils.

Here be the highlights should you wish to peruse…