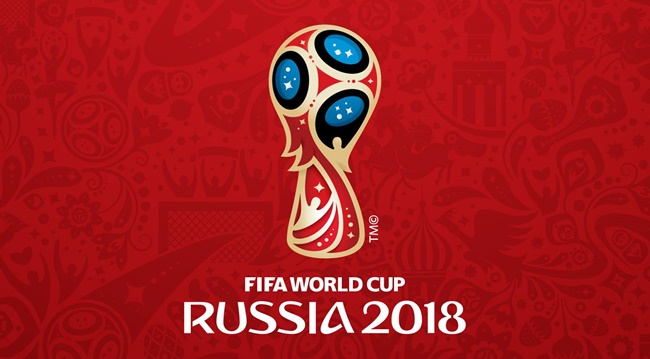 FIFA have confirmed that all 32 nations set to compete at the 2018 World Cup have settled upon their official tournament slogans.

The slogans were whittled down via a public vote on the FIFA website, leaving us with 32 inspirational mantras that will be plastered across the flanks of team buses, etc.

Let’s delve in (in alphabetical order)…

Argentina – “Together for a dream”
Australia – “Be brave, be bold, Socceroos in Green and Gold”
Belgium – “Red Devils on a mission”
Brazil – “More than five stars, 200million hearts”
Colombia – “Here goes one dream, three colours and 50million hearts”
Costa Rica – “There is no impossible when a whole country plays”
Croatia – “Small country, big dreams”
Denmark – “Together we make history”
Egypt – “When you say Pharaohs, the world must get up and listen”
England – “Send us victorious”
France – “Your strength, our passion! Come on Les Bleus!”
Germany – “Let’s write history together”
Iceland – “Let’s make our dream come true”
Iran – “80million people, one nation, one heartbeat”
Japan – “It’s time to battle, Samurai Blue!”
Korean Republic – “Tigers of Asia, conquer the world”
Mexico – “Made in Mexico, made for victory”
Morocco – “The Atlas Lions, pride of Morocco”
Nigeria – “The wings of African pride”
Panama – “The force of two seas”
Peru – “We are back! 30million Peruvians are travelling here”
Poland – “Go Poland!”
Portugal – “The past is glory, the present is history”
Russia – “Play with an open heart”
Saudi Arabia – “Desert Knights”
Senegal – “Impossible is not Senegalese”
Serbia – “One team, one dream – Serbia!”
Spain – “Together we are invincible”
Sweden – “Together for Sweden!”
Switzerland – “Four languages, one nation”
Tunisia – “Russia here comes the Eagles, hand in hand players and fans”
Uruguay – “The sun shines in Russia, the sky is all light blue”

There’s a very narrow spectrum on display here, with most of the slogans veering between dull platitudes and pure nonsensical drivel – Egypt, Portugal, Tunisia, we’re looking at you.

If we had to pick a winner, we’d plump for Poland, purely as it would appear an entire nation tossed the FIFA vote off completely.

A people after Pies’ own heart.