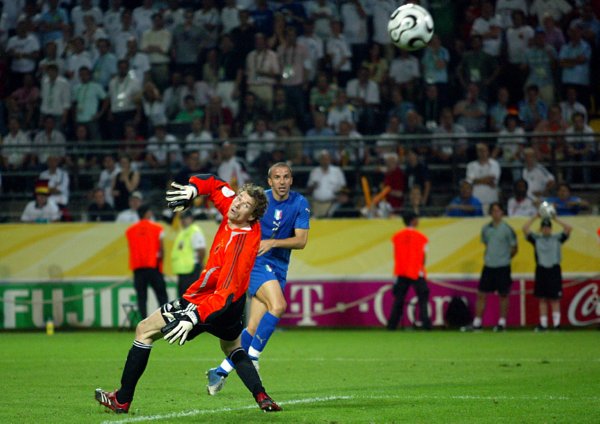 With the first 90 minutes of their semi-final finishing goalless and penalties seemingly an inevitability, Italy farted into life and blitzed tournament hosts Germany in the last two minutes of extra-time to haul themselves through to the 2006 World Cup Final.

Fabio Grosso curled home a beauty to put the Azzurri 1-0 up in the 119th minute and celebrated like he’d lost all control, before substitute Alessandro Del Piero repeated the feat in the 121st to deliver the knock-out blow to the Germans – quite literally as it happens!

It was all a bit fraught and desperate, but Italy broke from deep with gusto and a perfectly weighted reverse pass into the path of Del Piero from Alberto Gilardino was finished with the kind of flawless, fluid technique we’ve come to expect from Il Pinturicchio over the years – the veteran forward coming from nowhere to pulse past Gila on the overlap and curl a perfect right-footed shot past the rooted Jens Lehmann and into the far top corner.

Also, just watch how Fabio Cannavaro wins the first header then goes charging out from his area to win the second, thus setting the whole move in motion – it simply typifies the man… 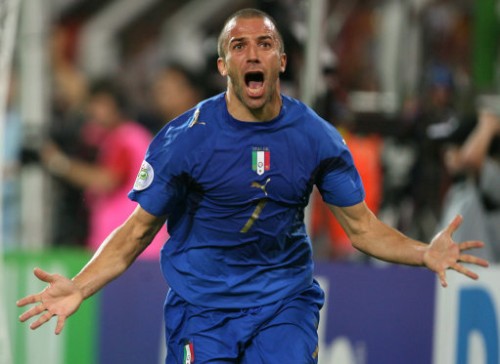