They said it may happen, then they said it probably wouldn’t happen, and now it’s bloody well happening – as of next season, Cardiff City (The Bluebirds) will be playing in a more dragon-y shade of red on the whim of their Malaysian owners, with their away strip reverting to blue and yellow… 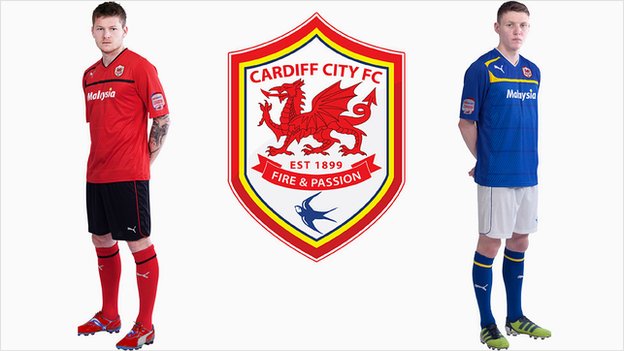 “We are only too aware that the change of colour is a radical and some would say revolutionary move which will be met with unease and apprehension by a number of supporters, along with being seen as controversial by many.

“To those I would like to say that this was not a decision that has been taken lightly or without a great deal of thought and debate. There is no getting away from the fact that history and traditions are the lifeblood of any club and as such should be jealously guarded and preserved.

“Both the board and our investors fully understand and respect this and will do their utmost to uphold, protect and promote the values and virtues which the club stands for.”

Now, obviously it’s awful and corporate and soul-destroying, but get used to it. This is exactly the kind of trite business-centric shite we’re going to have to accept and put up with on an increasingly regular basis if professional football is to delay its inevitable implosion.

It’s going to get far messier than this, believe us.