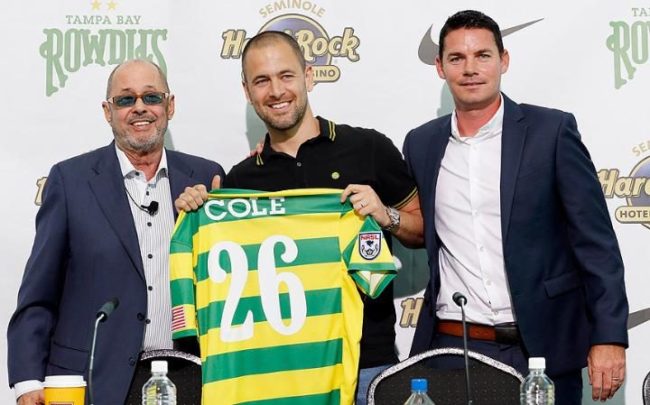 After managing to wrench himself away from the glitz and glamour of Coventry, Joe Cole joined Tampa Bay Rowdies down in the second tier of the North American football pile back in May.

Now aged 34, Cole defied his iffy knees and creaking hips to prove he can still mix it with the younglings by popping up to stick away a neat little overhead bicycle kick during Saturday’s 3-0 win over Puerto Rico FC in the NASL…

WHAT A GOAL BY JOE COLE! 🔥🔥🚴 pic.twitter.com/ymaOsVySgQ

Nicely done, and good to see wee Joey still enjoying himself out there on a football pitch, wherever it may be.

Fun fact, Cole is joined on the Rowdies roster by none other than one-time US football prodigy-turned-vacuum cleaner salesman Freddy Adu.