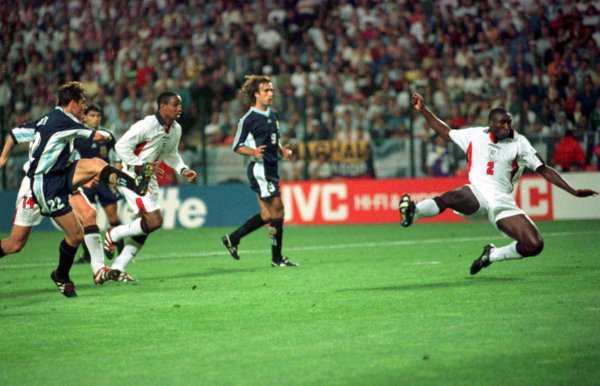 While we accept that Michael Owen should really take the honours in the ‘goal of the night’ stakes as far as the last-16 ding-dong between Argentina and England at France ’98 is concerned, Pies have always reserved a special place in our jaded heart for the goal that cancelled it out seconds before half-time.

With the world and his dog expecting Gabriel Batistuta to pull the trigger on a trademark ballistic free-kick, Batigol slipped a pass down the side of the England wall to play in Zanetti, who broke from behind the wall and duly gave the clever preordained set-piece the finish it so richly deserved by turning and jamming a shot past David Seaman to level the scores at 2-2.

What happened after that is all a bit of a blur.