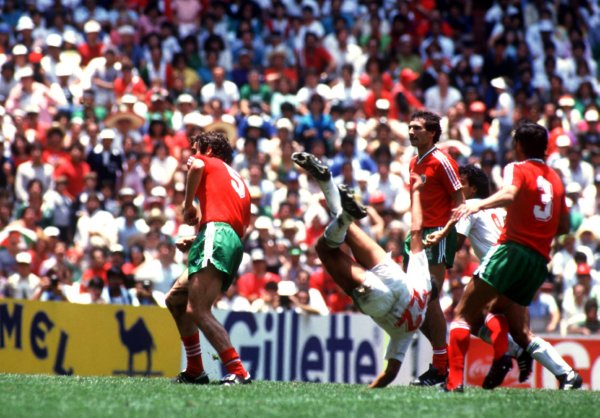 Hosts Mexico made it through to the quarter-finals of the 1986 World Cup before going out on penalties to eventual finalists West Germany, though it was the the round previous against Bulgaria that El Tri reached their zenith.

Mexico beat their wilting Eastern European opponents 2-0 in the sweltering heat at the Estadio Azteca in the round of 16, with UNAM Pumas striker Manuel Negrete’s 34th-minute unorthodox scissor-kick opener being a work of truly instinctive, mercurial genius…