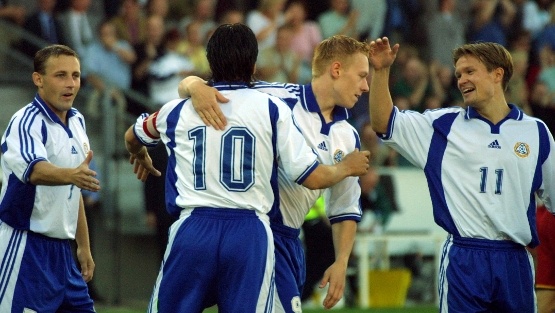 Perhaps football’s most underrated and under-appreciated world class player, Jari Litmanen was a regal thing to behold in full flight even as he moved into his late 30s and early 40s.

We join Litmanen at the latter end of his prime here as we see him combine effortlessly with the man who was supposed to usurp him as the crown prince of Finnish football, Mikael Forssell, to put Scandinavian rivals Norway to the sword in August of 2000.

Following an intricate passage of exchanges between the pair back and forth on the edge of the box, Forssell eventually sends Norway defenders Henning Berg and Bjorn Otto Bragstad into the stands for coffee (to coin a phrase used in that part of the world) before neatly lobbing the ball into Litmanen’s path eight yards from goal.

Apologies for the quality of the footage. If we can source a better version then we’ll slap it in there.

As a bit of a bonus, here’s a couple more rare-ish snippets of the great Litmanen in action – starting with a devilishly good cross he once put in against England which left Gareth Barry and Dennis Wise well and truly bamboozled…

Here he is just dicking around in an empty stadium…

And here’s a FUN FACT to leave you with: Litmanen used to have the soles of his Adidas Copa Mundial’s specially split at the heel to help support his weak ankles. 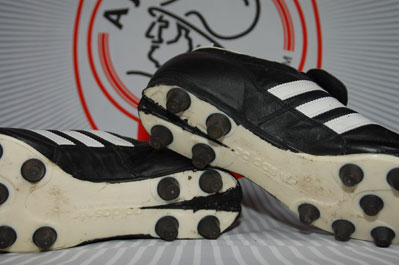