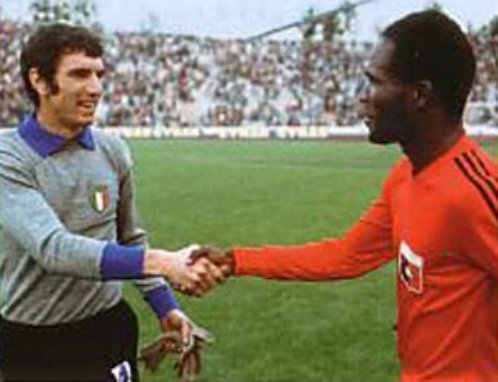 While virtually unknown the rest of the world over, Emmanuel Sanon was and is a true footballing icon in his homeland of Haiti – being, as he is, the only Haitian player to have scored at a World Cup during their one and only appearance at the tournament in 1974.

After having beaten the likes of Puerto Rico to qualify, Haiti (the first Caribbean nation ever to make it to the World Cup) were drawn into a hellish group alongside Italy, Argentina and Poland. They didn’t have a prayer.

However, that didn’t stop them from going ahead against the Azzurri (who were unbeaten in 19 games coming into the World Cup) in their opening game when Sanon charged down a through-ball, rounded the nigh-on unbeatable Dino Zoff and put his country 1-0 against the great Italians…

It mattered little that Italy went on to win 3-1, as Sanon had already reached immortality as far as Haitian and Caribbean football was concerned.

That he also went on to score in Haiti’s 4-1 defeat to Argentina just further ascended his legendary status.

Having also lost 7-0 to Poland, Haiti crashed out at the first hurdle as expected but, despite finding themselves on the end of three pannings, Les Grenadiers left with their heads held high.

Sadly, Sanon passed away in 2008 after succumbing to pancreatic cancer at the age of 56. As a token of their appreciation, the Haitian government granted his family a perpetual posthumous pension. 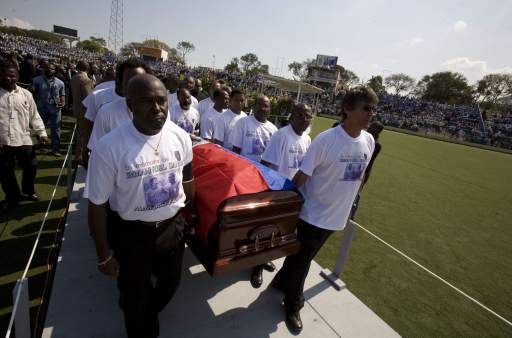 A couple of years later the $37million Emmanuel Sanon Soccer Park was opened on the island, to give young athletes and footballers a place to hone their skills as well as provide them with mentoring and leadership in a bid to help curb gang activity in Little Haiti.

His legacy lives on.