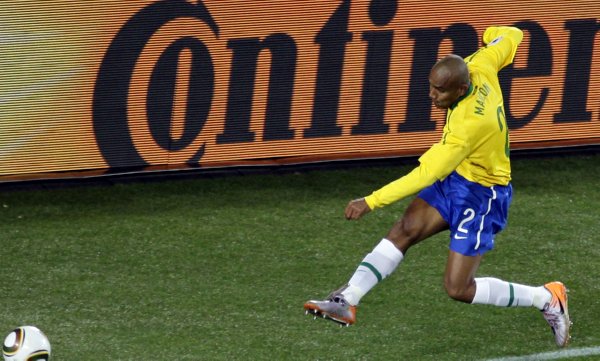 With tempartures dipping below zero at Ellis Park in Johannesburg, it took Dunga’s frost-bitten Brazil side (rated number one in the FIFA rankings at the time) almost an hour to score against North Korea (rated 105th) in their opening group tie at the 2010 World Cup in South Africa – but my-oh-my was the goal worth the wait when it eventually did arrive…

Maicon’s bending beauty immediately stoked one of the great “did he mean it?” debates around the world, with the man himself looking none-the-wiser as he celebrated with his team-mates in a state of strange emotional limbo… 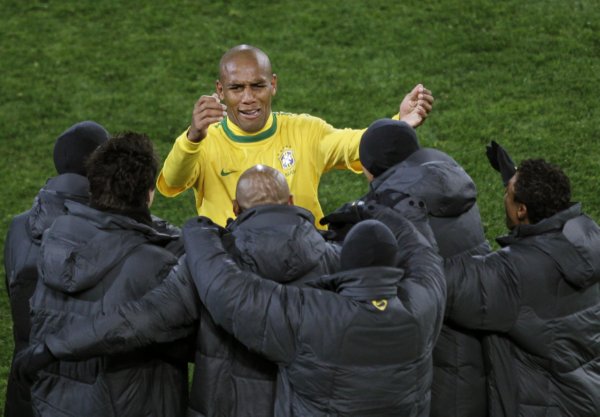 Brazil went on to win the game 2-1 – though, of course, that very much depends which news reports you choose to believe…