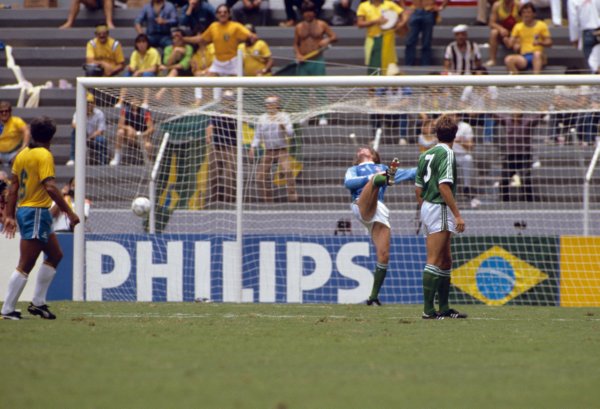 As was to be expected, Northern Ireland went out at the group stage of the 1986 World Cup without winning a game – Brazil putting the final nail in the Irish coffin with a comfortable 3-0 victory over Pat Jennings and co. in their third and final fixture in Mexico.

With the sweltering midday sun glaring down inside the Jalisco stadium, Careca took 18 minutes to give Brazil the lead before right-back Josimar doubled the difference with a blistering shot that cannoned past Jennings (who was celebrating his 41st birthday) in a blur, as the photo above duly attests…

Careca went on to add a third a couple of minutes from time to flesh out the result as Goliath well and truly did a number on David that day in Guadalajara.