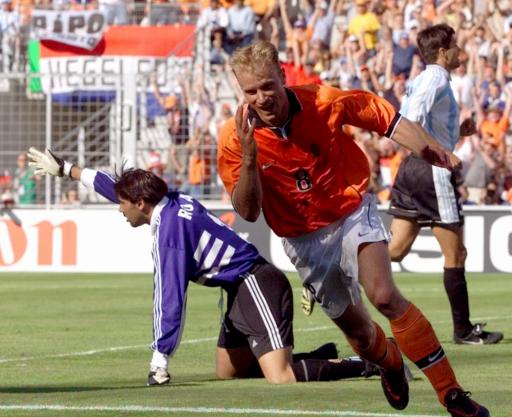 Perhaps lucky to be playing in the first place after petulantly stamping on Yugoslavia’s Sinisa Mihajlovic in the previous round, Dennis Bergkamp reached his immaculate zenith against Argentina in the quarter-finals at France ’98 with a goal that still makes Pies’ special parts tingle at the mere mention of it.

There is only one word: perfection…

“You never play the perfect game,” said Bergkamp after the game when told that Ruud Gullit had described his performance as such. “But the moment itself was, I think, perfect.”

“You’re in that moment. That’s the feeling. After the first two touches … that moment! You give absolutely everything. It’s like your life has led up to this moment.”

Who are we to disagree? 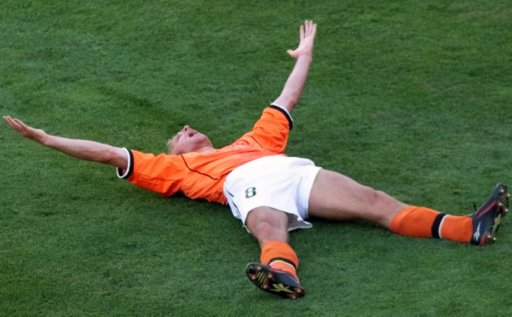 While we’re on the subject; it often gets overlooked due to the majesty that followed it, but Bergkamp’s headed assist for Patrick Kluivert’s opening goal against Argentina in the same game was a bit gorgeous too…

You’re welcome, now clean yourself up and get on with your day.