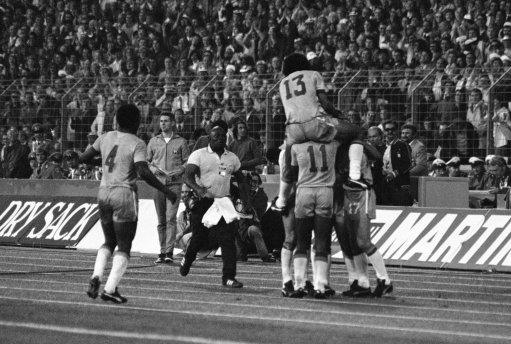 Not only was Rivelino the proud proprieter of football’s most handsome moustaches, he also did a mean line in coruscating free-kicks – with his dead-eye, through-the-wall set-piece belter against East Germany during the second round of the 1974 World Cup in West Germany being a perfect example of his silken prowess…

Jairzinho with the crafty assist there!

Granted, we don’t actually have many pertinent photos of Rivelino from 1974 so you’ll have to make do with this one of him and Brazil teammate Marco Antonio making snowballs at their ’74 World Cup training camp in Herzogenhorn, Switzerland… 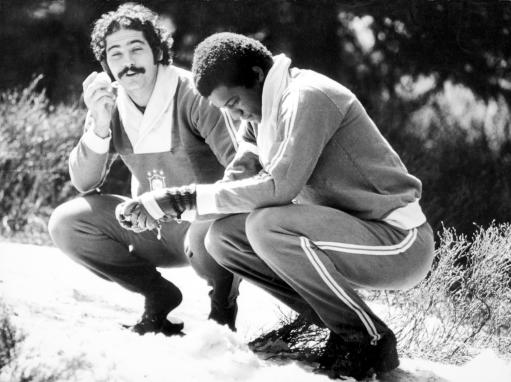